In February 2006, Victor Chai and Wayne Loong, both of whom are from Embry-Riddle Aeronautical University, approached Hui Lin (Carnegie Mellon University) who then involved Chen Chow (Cornell) for one purpose: to organize a large-scale U.S. education fair in Malaysia. Following the model of the established Experiences in Singapore, the young organizers successfully put together Experiences 2006, Kuala Lumpur on 16th July 2006. 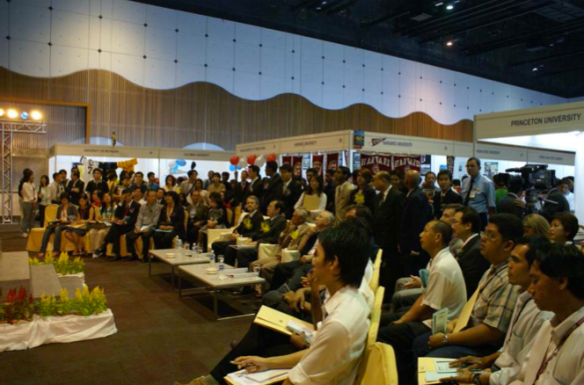 Instead of having the fair populated by the usual college representatives, the organizers had the booths of the top 45 universities of the United States manned by alumni, current students and incoming students of each school. The reason for this: to offer honest and objective answers and advice to students and parents. These student-facilitators and alumnus-facilitators would later become recurring elements of the standard model of future U.S. Apps Workshops. By the end of the day, 4,000 students, parents and passers-by had visited the fair at Sunway Pyramid Convention Center.

Hui Lin and Chen Chow were joined by Wun Min (MIT), Christi Toa (University of Nebraska-Lincoln) and Syamsul Hasran (University of Southern California) in 2007. With booths, student-representatives and alumni from 66 top U.S. universities, the group successfully led Discover U.S. Education – KL ’07, the largest United States education fair in Malaysia yet. Held at MidValley Exhibition Center on 22nd July 2007, the event attracted a crowd of 10,000 visitors. A similar success story was recorded in June 2008, when USA for Students invited motivated students and alumni from 45 top U.S. universities and managed to attract 4,000 students and parents to Wisma MCA specifically for an education fair.

Throughout these years, the core committee had received a strong support from the U.S. Embassy. Teh Lay-Hwa from U.S. Commercial Services was actively involved, and she provided us with good pointers and support in 2006 and 2007, whereas the Consul-General of the U.S. Embassy, Andrew Miller and his team played a crucial role in 2008. The American Universities Alumni Malaysia (AUAM) also guided us and provided accounts through which we could channeled our sponsorships and expenses. Of course, we won’t forget about the corporate sponsors — and we would like to express our heartfelt gratitude towards all parties that generously believed in us.

After the education fair in 2008, we reflected on our past events and realized that we never addressed and helped ease the biggest problem faced by Malaysians who wished to study in the U.S.: the tediousness and complexity of the comprehensive US college applications. We realized that the traditional modes of interaction in education fairs after which Experiences, Discover U.S. Education and USA for Students were modeled were not helpful in demystifying college applications. At the same time, the global financial crisis plagued Malaysia and it was tough to raise the sponsorship money needed to finance a large-scale education fair.

So Chen Chow, Wun Min and Carmen Loh (Princeton) decided to pull off an ad-hoc advising session in KL Sentral food court on 5th July 2008. Although details of the advising session was only posted online, the response was favorable and encouraging: 50 netizens of Recom.org turned up. This was the humblest of beginnings. Eager to further create awareness of education in the U.S. among Malaysians, Chen Chow and Wun Min, together with 32 facilitators organized the first of the annual series of U.S. Apps: the 3-day U.S. Apps 2009 workshop. With Taylor’s University College as our venue sponsor, we were able to workshop with over 250 students with more personal attention. The topics included application essays, CVs, interviews, financial aid and SATs, among others. Participants also had the opportunity to mingle with and obtain advice from incoming students, current students, alumni and experienced interviewers for top U.S. universities. 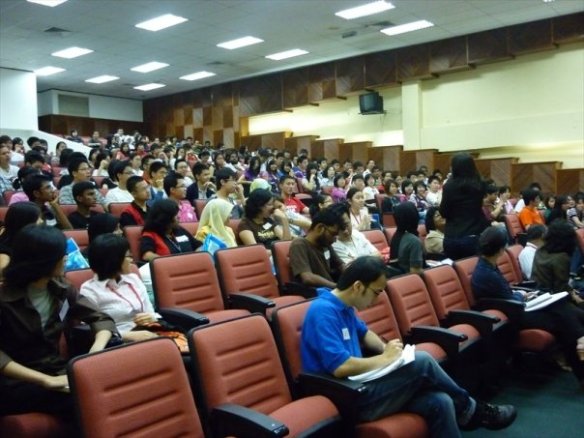 Driven by the extremely positive feedback from students who attended the workshop in 2009, a similar but bigger workshop was organized in 2010. The U.S. Apps team consisting of Chen Chow, Wun Min, Andrew Loh (Swarthmore), John Lee (Dartmouth), and Philip Loh (Olin), with the help of over 40 facilitators managed to organize half-day workshops in Penang, the Klang Valley, Kuching and Kota Kinabalu before 350 participants from these workshops and students from the Klang Valley congregated for the climax of U.S. Apps 2010: the 2-full-day workshop at Taylor’s University College Lakeside Campus. 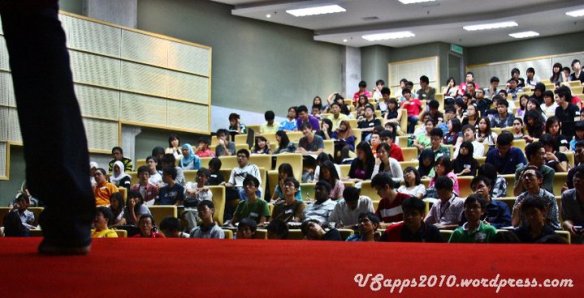 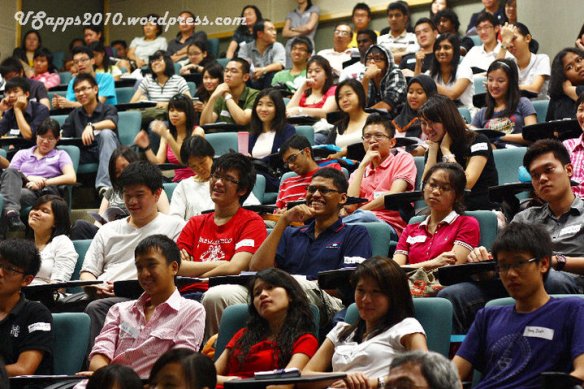 And this time around, we will be having U.S. Apps. 2011! The planning of the workshop is still in its early stage and we will be rolling out more details and updates from time to time. Please subscribe to our mailing list to ensure that you receive timely updates from us!